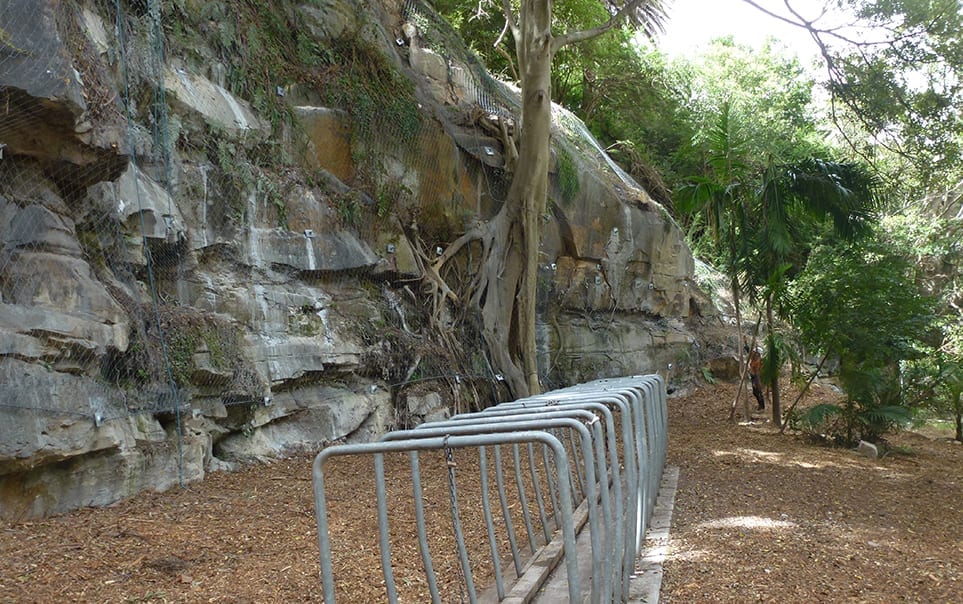 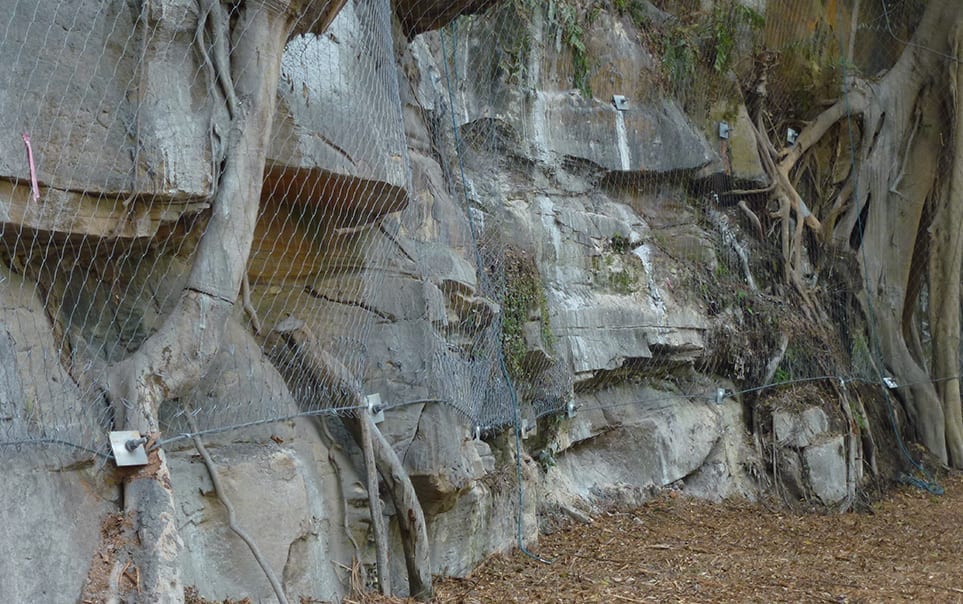 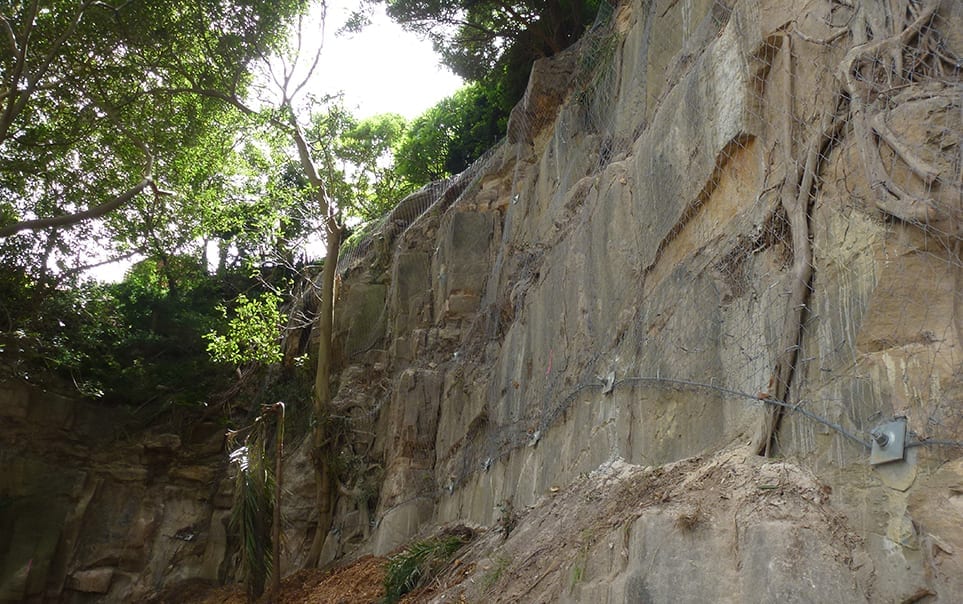 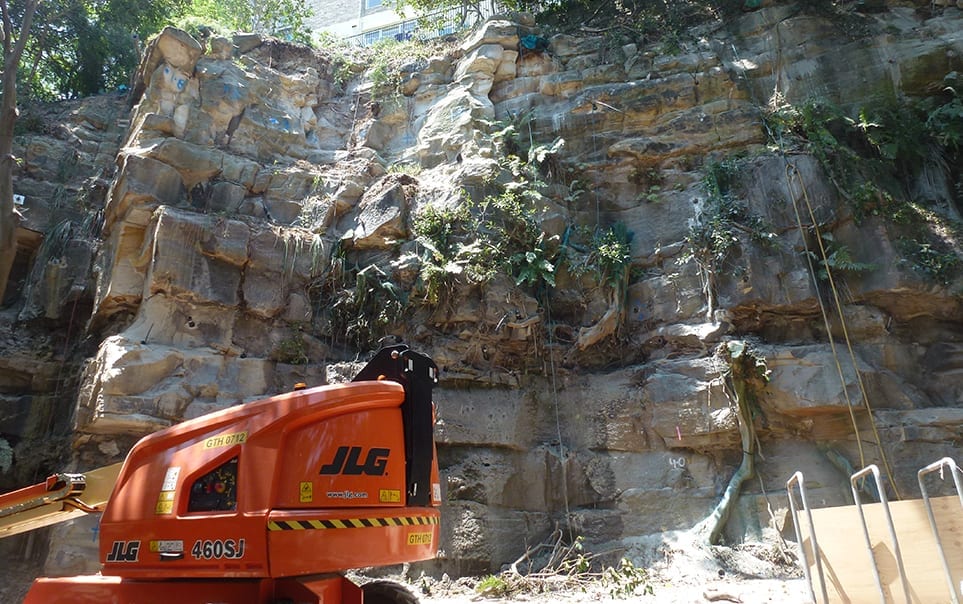 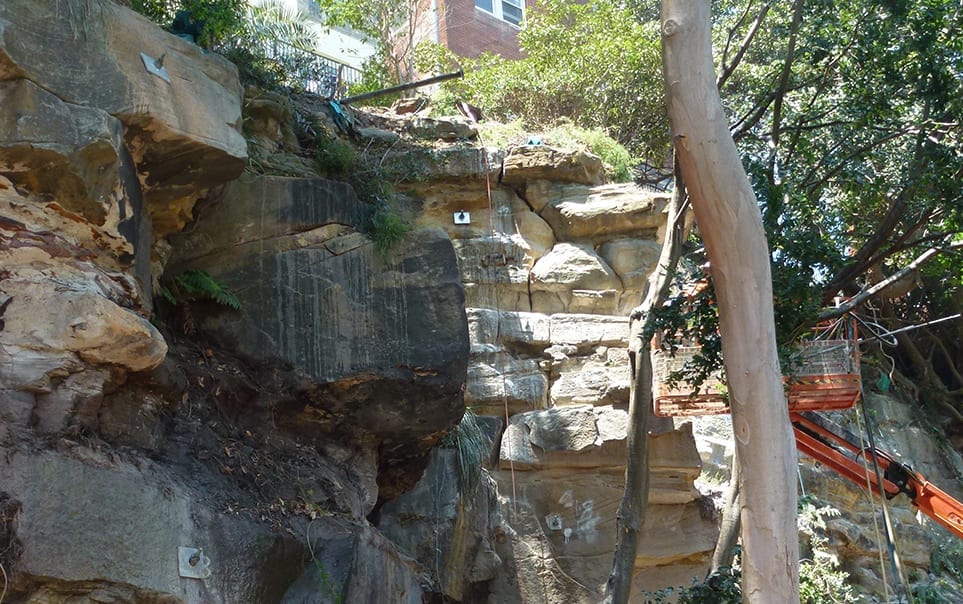 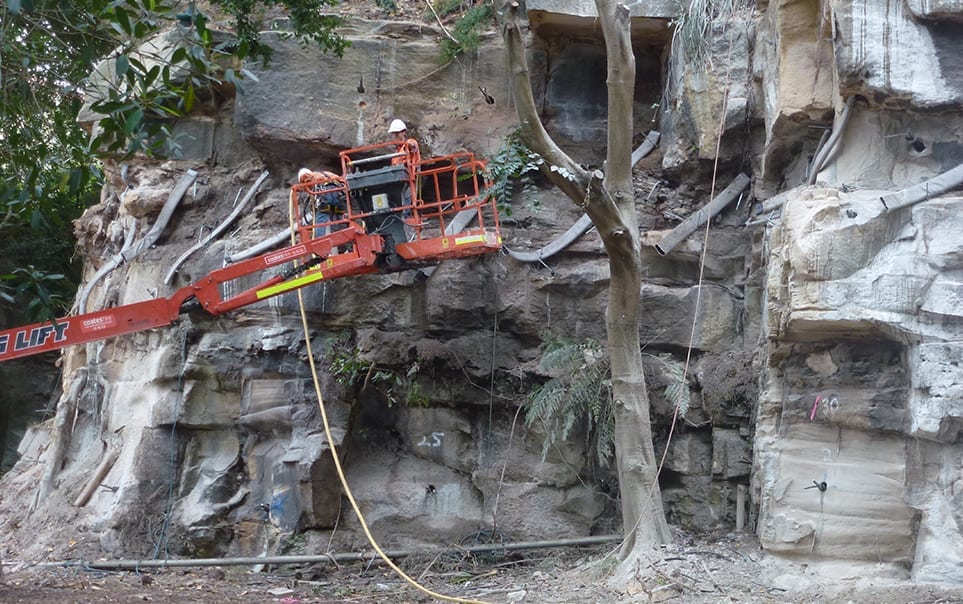 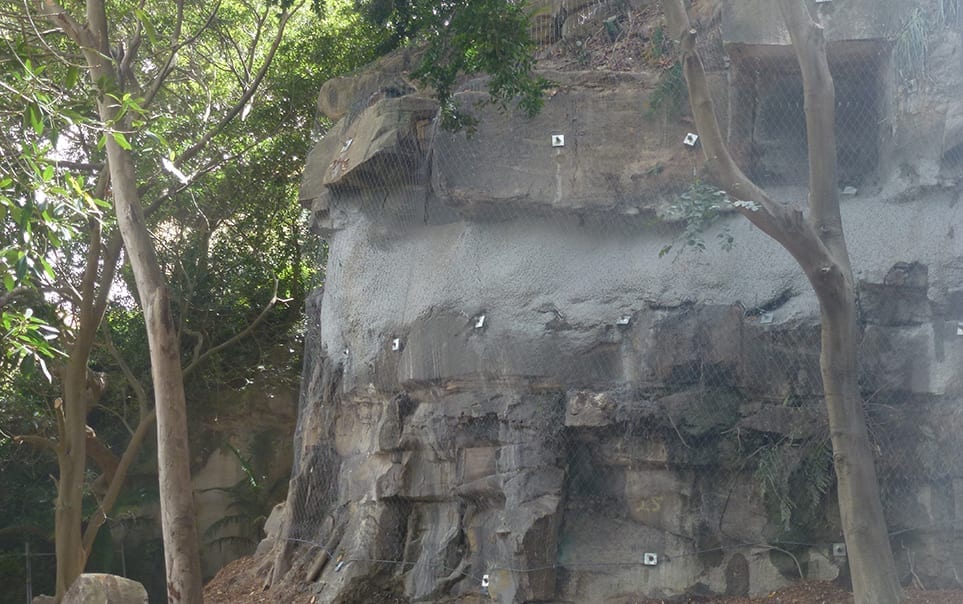 An idyllic location situated in Kurraba reserve on the Northern foreshore of Sydney Harbour. The rockface had an overall length of 130m and 14m high. Previously, part of this rock face was a quarry and 8000 tonnes of sandstone was excavated for the use of fortification at Fort Denison in 1855.

Due to population growth and density build up in the area, GSS were engaged to stabilise the area by installing shotcrete through weak degraded seams and the installation of rockfall netting to mitigate any risk to the local community.

The council was very happy with the final outcome

For information about our shotcrete and rockfall protection services, request a free quote online or contact us today.

Contact our team to discuss your project requirements today

groundstabilisationsystems
Newcastle’s famous Bogey Hole was carved out by

At GSS, we pride ourselves on our certified manage

The project is almost complete by the team. Great